This years Headliner is Kelly MacFarland from 'Last Comic Standing' and 'The View'! 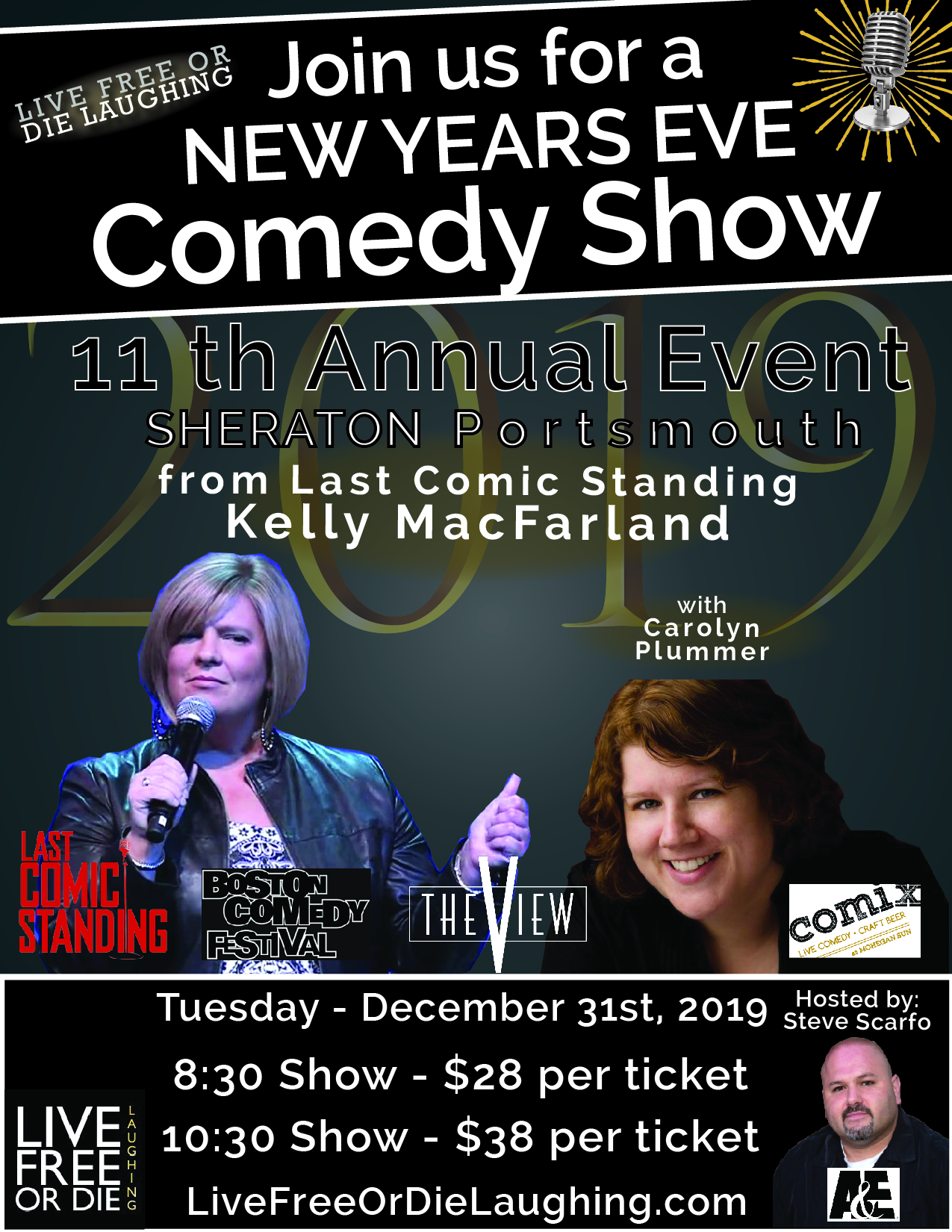 We will be kicking of the evening in style and getting you ready to ring in the new year with a huge smile on your face!

See Below for Tickets for the early show

The doors will open around 10:00 for a 10:30 showtime. We will have a champagne toast for those who would like one (one per person) and party favors to ring in 2019 with.

See below for tickets to the Late Show

These Shows sell out every year. Get yours NOW!

Ticketing in Eventbrite. Payments through PayPal - To use your Credit Card choose the "Pay with Debit or Credit Card" option at the bottom of the page.

These Shows sell out every year. Get yours NOW!

Ticketing in Eventbrite. Payments through PayPal - To use your Credit Card choose the "Pay with Debit or Credit Card" option at the bottom of the page.

Seating is first come first serve for any parties of less than 8 people. If you book more than 8 tickets we will seat you. If you have a party of more than 8 that purchased tickets separately - contact us and we will make sure you can get a location together.

Laugh in 2020 with these Hysterical Comedians!  ...and maybe some special guests.

As an experienced stand-up comedian, Kelly has an extensive and well-rounded resume including comedy clubs, theaters, colleges, festivals, television appearances and entertaining US troops overseas. Kelly was first runner up in the Boston Comedy Festival and voted Best of the Fest at the Aspen Rooftop Comedy Festival. Kelly has two albums available on iTunes, Amazon and SiriusXM radio. She has performed at the Oddball Comedy Festival, the Comedy Stage at Boston Calling Music Festival, Lucille Ball Comedy Festival – National Comedy Center and has been a featured headliner for the Boston Women in Comedy Festival since inception. Kelly has appeared on Stand Up in Stilettos on the TV Guide Channel, The Today Show, The View, Comedy Central, NBC’s Last Comic Standing and AXS Gotham Comedy LIVE. Kelly won 1st place in the professional category of the 2016 Ladies of Laughter.

The third child of a congregational minister and an "aloof" homemaker mother; "aloof"?  She's clueless: her favorite band in Blootie and the Hoefish." C.P.  Carolyn learned early on that she could lament or she could make fun.  See her once and you'll quickly figure out which path she chose and you'll laugh.  Possessing an uncanny ability to introspectively pull from places most of us hide.

Carolyn puts a nail through the hearts of whiners, self loathers and the self sorry of the world and makes the average seem hilarious and larger than life.  Most of all, Carolyn's twisted perception of our common existence leaves audiences hysterically shaking heads in agreement that the world is indeed a very funny place. 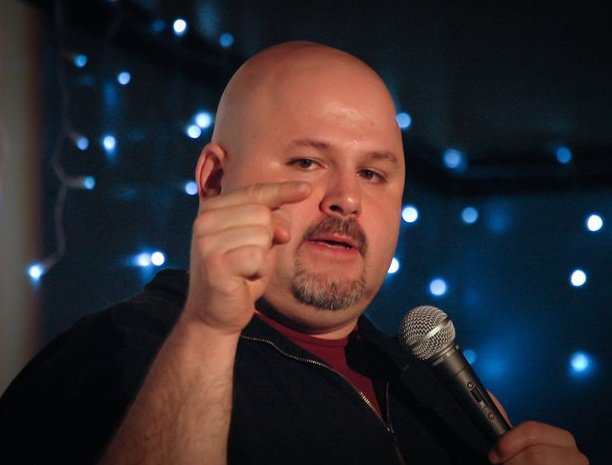 You're Host for the Evening

Steve Scarfo is a more than 20 year veteran of the Boston Comedy Scene and was noticed by The Boston Globe at his first performance. His high energy, real life approach to material coupled with his sometimes bizarre viewpoint is sure to strike a chord in any audience and keep them in stitches. He has worked all over New England, including Comedy Connection in Boston and Portland, Nicks Comedy Stop in Boston, Laugh Boston, Comix, North Shore Comedy and Headliners Comedy Clubs, Laugh New England and with Laugh Riots Productions. Steve has worked with many national acts – including: Dave Coulier, Victoria Jackson, Jeff Dunham, Lenny Clarke and Bob Marley. Steve also appeared in the A&E real life drama ‘Caesars 24 / 7’, figured prominently in the Red Sox World Series MasterCard commercial, and appears in several movies Including “Fever Pitch” , “The Departed” and “The Fighter”. He has also appeared in many independent film productions.